All Hands Magazine's mini-documentary series "Making a Sailor": These six videos follow four recruits through Boot Camp in the spring of 2018 who were assigned to DIV 229, an integrated division, which had PIR on 05/25/2018.

Making a Sailor: Episode 2 - "What did I get myself into?"

...and visit Navy.com - America's Navy and Navy.mil to learn more.

Phoenixmom commented on law1999's blog post 'No Title'
6 hours ago

Can someone tell/explain what BECC is? 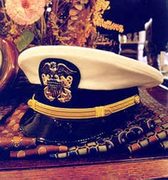 Future, current and past officers

New to the Group

You need to be a member of Moms of Officers to add comments!

My son will have been commissioned for nine years this summer. He's also a SWO. His first ship was an LPD, and he had hardly arrive when it was surged to help with the action off Lybia. The ship was deployed for nearly 11 months.

In July, he found out they were going to be at an Italian Navy base in southern Italy for a full week for maintenance. He called and asked if we could come meet him. It took some doing, but we made it, and I'm so glad we did. We got him a room in the hotel where he was staying, and he was able to catch up on some much needed sleep, something new ensigns struggle with. We also did some wonderful sight-seeing and ate a lot of good food.

Later in the deployment he was sent home to go to SWO school in Newport, RI, for a few weeks. Then he had to rejoin the ship, which was still deployed.

We participated in the Tiger Cruise from Morehead City, NC to Norfolk when they finally returned. That was also a good experience, and I recommend it.

His second ship was a destroyer. He requested that because he wanted to get some experience on a different kind of ship, even though he was pretty sure he wanted to be on amphibs in the long run. He also wanted to be navigator, and he was able to do that.

The second ship also deployed, for about nine months. He spent a lot of time going back and forth through the Suez Canal and also up in the Black Sea. He got to go to a lot of interesting places and had more port visits than on the first ship.

As someone else said, after two ships SWOs typically get a three-year shore duty. Our son, a Naval Academy grad, chose teaching navigation and seamanship at the academy, and that's what he got. We were thrilled to be able to spend three more years visiting Annapolis.

Now, after nearly a year of more schools, he's starting as the ops officer on an amphib that's in the shipyards in Norfolk, so he's not likely to be deployed on this ship. They request certain kinds of ships, certain jobs and certain ports, ranking which things are most important, and then they get some combination of those choices, usually. Whether they are deployed depends on what the status of the ship is at that time.

He's always been able to keep in pretty good touch with us when he's deployed. I always told him that if he got a chance to call, he should call without worrying about what time it was where we were.

He knows he's looking at more deployments in the future, but that's OK. That's the life he chose.

Thanks!  My ensign will be headed to BDOC right after OCS grad.  Really appreciate the insight!

Not necessarily, it really depends on what their future goals are, and the choices they make as they progress up the ranks.  Not all kinds of ships are in every port so if a SWO really wants to live overseas, that may affect the ships he available to work on.  After 2 at sea tours, they usually get a shore tour that is essentially a desk job, there is also more school all along the way, BDOC, then ADOC,  special schools for their job etc.  It is NOT an easy life, but it is interesting and exciting!

Thanks Alaskan Mom!  Is it correct to assume that the SWO will want to be on a variety of ships or does it just depend on how they specialize?  What happens at and after year 5?  Thanks so much for the info, it’s very helpful.

I too am the mom of a SWO.  MY SWO was commissioned in 2013 from an ROTC program.  A lot of the early days of your SWO's career will depend on what platform (kind) of ship they are initially assigned, Littoral Combat Ship, Amphib, Cruiser or Destroyer etc. and also at what point their ship is in their deployment cycle.  Different ship platforms have different types of ,and lengths of deployments.

Most surface navy ships operate on an apx. 3 year cycle.  apx. 1 year of "work up" which is practicing ship things at sea, not going too far from home port, but sometimes being gone for a month or 2.  SWO's are usually very busy during this time, spending long hours on the ship, at sea and in port, and even have to sleep on the ship for "watch" a couple times a week. meaning they can spend up to 36 hours on the ship at a time.   They will work all day, have duty during the night, and then work the next day.

After the work up phase the ship and it's crew will go on "deployment", which can last from 7-12 months depending on the needs of the NAVY. Ships usually cruise far away from home with limited ability to communicate with home, except via email.  Scheduled Port visits happen "about" 1x a month, but remember, your sailor may actually be on the other side of the world.

And lastly once the ship returns to port from deployment it will often go into a "maintenance period" where the ship will be repaired, refurbished and or updated again depending on the needs of the Navy and the needs of the ship.

Sooo,  the number of deployments your SWO will go on before they head to shore duty at apx. year 5 will vary based on where the ship is in it's cycle.  2 deployments in the first five years is pretty much the norm, but 1 or 3 is also possible.

My SWO never got more than 24 hours of shore leave on any of her port visits, so there really never was much of a chance to visit during deployments. Prepare yourself to be satisfied with a facetime call from an internet cafe in the middle of the night.  (The other side of the world is usually at least an 8 hour time difference from the states. )

GOOD LUCK to your new SWO!

Thanks so much LeanneJB.  In the 9 years he has been in he has only deployed 3 times?  How long each time?  And during this time, in how many ports has he lived?  So grateful that you are sharing your experience. And I'm hopeful for a great port for a visit!

I'm the Mom of a Surface Warfare Officer (SWO) for over 9 years now, and just thought I would share a few random thoughts. The first tour is really busy with the junior officers (JOs) trying to get qualified and get their SWO pin in addition to doing their regular job, standing watches twice a day, and finding time to sleep and exercise. It's a crash course in time management, and they can use all the encouragement you can give without putting demands on their time. While my son and I are close and we talk often when he's in-port or on shore duty, I only heard from him a few times that first deployment. My son is now into his third deployment and my guiding rule has been to encourage him to stay connected with his wife and children and know that I am thinking of him and praying for him (calls every 2-3 months and emails every 2 weeks or so are about the norm). My husband and I were able to visit him in Greece when they pulled into port on his second deployment and that was great. If you can manage that, you will not regret it. Or if you can babysit (if your son or daughter has children) for his or her spouse to join them for a port visit, all the better!

Hello, does anyone have any experience to share about BDOC?  That will be my son's next stop.  Thanks!

Congrats on the upcoming commissioning!  I personally did not do this, however, someone had posted info on our class friends and family page on fb.  It listed an email address as well as a phone number.  Have you tried both avenues of contact?