WASHINGTON, July 10, 2009 - To honor the military and provide a little fun and excitement over the summer months, the rock group Def Leppard and Raven Drum Foundation have started giving away 100 free concert tickets to military members and veterans with military ID for each show in the 2009 Def Leppard summer concert tour.

Poison and Cheap Trick also will perform on the entire tour.

"Def Leppard's involvement came through a desire to give something back, and what better way to honor these heroes than with a night of music?" said Rick Allen, Def Leppard's drummer and Raven Drum Foundation founder. "We wanted to thank these heroes in a meaningful way for their service."

Military personnel and veterans with a military ID are eligible to receive two tickets to one Def Leppard show. Tickets are available on a first-come, first-served basis. Register at http://ravendrumfoundation.org/news-events/free-dl-tickets-for-vete... to be placed on the guest list, then show military ID to a representative near the box office before the show. In addition to checking ID, the representative will ensure the person picking up the tickets is registered and on the guest list.

"We are working closely with the Wounded Warrior Project," Buzza said. "For many shows, one of their volunteers or staff people will be the representative handing out tickets." The Salute America's Heroes troop-support group also is helping with ticket distribution.

The free concert tickets are directly related to the Raven Drum Foundation's mission.

"Music is just one of the tools we use to promote healing -- to serve, educate and empower veterans and people in crisis through the power of the drum," Allen said. "It is so exciting to have my band, family and so many others contributing to this effort. I thank everyone involved, especially the veterans."

Buzza said the band and the foundation want to brighten some lives. "We wanted to offer an evening of pure entertainment, an evening free of normal troubles," she said. "This venture allows Raven Drum and Def Leppard to do just that."

Concert dates and venues are listed on the registration Web site.

Comment by Mary, Proud Mom of Nick on July 13, 2009 at 12:56pm
Hoping that our military and veterans can enjoy a free concert. 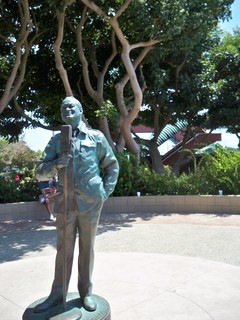 The Original entertainer of our troops!