What is it like during the 14 days of ROM? 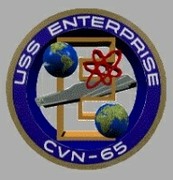 This group does not have any discussions yet.

You need to be a member of Alumni of PIR 29 Jan 10 to add comments!

The Navy on Wednesday identified the two sailors killed Tuesday when the speeding Corvette they were in careened off the curving transition from southbound Interstate 5 to eastbound state Route 54 and fell about 100 feet to northbound Interstate 5, landing on its roof.

Both were enlisted and were students at Naval Base Point Loma, O’Rourke said. Both were single.

California Highway Patrol Officer Art Athans said Wednesday that Davis was the driver of the 1998 Corvette, which went over the side of the transition about 4:20 p.m. Athans said witnesses estimated that the car had been traveling about 100 mph. He said there was no initial indication that drugs or alcohol played a factor in the crash.

“Miraculously, the car did not land on anybody,” Athans said, although he said some debris hit other vehicles.

Athans said some witnesses who stopped at the scene flipped the car onto its wheels, but were unable to reach the men because the car’s roof was completely smashed in.

Davis died at the scene, and Hartin was pronounced dead on arrival at a hospital.

He said both men were wearing seat belts. They died of massive head injuries.

The accident caused huge traffic jams during the rush hour on both the I-5 and SR-54, as some lanes were closed during the investigation.

Comment by Sash on August 30, 2010 at 9:38pm
Wait seth had a fiancee?? I just saw him a couple months ago and he didnt tell me he was engaged.. mhill can you message me the info. i know my fiancee would appreciate it since they were great friends in bootcamp

Nancy- how did you enjoy monterey. i live near there :)

Comment by Nancy (Taylor's mom) on August 30, 2010 at 3:42pm
Hi Moms! I was visiting my sailor in Monterey, CA this past weekend and thought of you guys and how far all of these sailors (and us moms) have come since boot camp. My son's closest friends in "A" school are sailors that were in boot camp with him at the same time - and they've still got 11 more months of "A" school together!

So very saddened by the news about Sailor Seth!. Has anyone here been in touch with his family? Where was he stationed? I don't know what else to do other than to pray for his family and friends.

Comment by diannep on June 16, 2010 at 12:12pm
mhill: Arwen is a seasoned mom on this N4M's. She and her hubby were also in the Navy. I typed "Diego Garcia' into the "groups" search box. Comments come up from others where you can read about Diego Garcia. What she said was that no civilians are allowed there (so no visiting, as you said), the duty is never more than a year, and the island is GORGEOUS. Lots of exploring for the sailors to do....and after this, they can choose their next duty station. She highly recommended it. You may want to look at some of the comments that have been made about it. I was looking for a group of moms who have sailors there, but didn't go through all of the discussions to see. Check it out!

Comment by diannep on May 23, 2010 at 8:06pm
Mary and John: My heart broke when I heard about Jimmy. My son started out in this PIR group...he would have been in Jimmy's "brother" division. He was set back after just 2 weeks and joined another division a week later, so I'm not sure if he knew Jimmy. I am so very very sorry...and I want you to know that I have asked the wonderful ladies in the Christian Chat group on here to pray for you all and Jimmy's friends too. May the day come where your tears are replaced with smiles as you recall the beautiful memories that Jimmy gave you...and the wonderful accomplishments he made in his life. I know you must have been so proud of his Navy accomplishments! I heard he had been a baseball player too...as were my boys. May he now be "in the game" in heaven...the biggest baseball game of his life! Praying for you all.....

Comment by Sash on May 5, 2010 at 1:01am
hey everyone! wow its been forever since ive been on here.. well an update. ian has finished basic sub school, BMS, and now hes going to A school for 6 weeks. so he'll be coming home soon :) I went to go visit him in april over spring break anndddd....... i got ENGAGED! yayaya for me lol... He proposed on top of the empire state building in new york.. it was the first time we both had gone to new york, it was romantic.. we r really happy. he doesnt know where hes getting based yet. but we wont be getting married for about 2 yrs.. hope everything is going well for everyone and their sailors!!

Comment by diannep on April 6, 2010 at 3:37pm
MsBev: Is he in Meridian? What is his job rate? Mine graduates tomorrow and is awaiting orders there also. Congrats on his graduation! Great job!

Comment by diannep on April 6, 2010 at 8:45am
Ok, Jessica. NOT FUNNY...well, ok, it IS funny...but not funny because he would probably do that address suggestion! HA! However, being in the Navy, he doesn't really know what his address is anymore...so hopefully I'm safe on that suggestion. :-)