Division T-Shirts, Graduation Photos, The Keel, and DVD of PIR 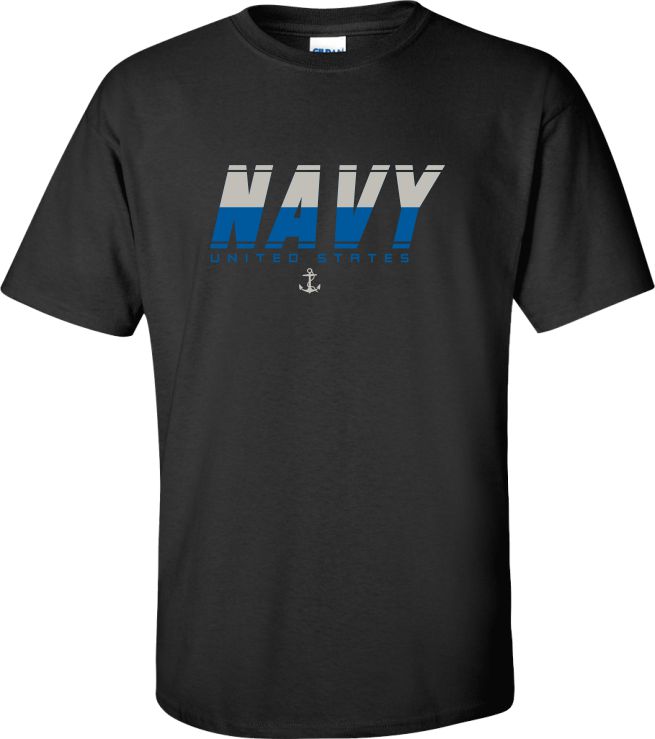 Be sure to ask your recruit before ordering T-shirts because some order them as gifts for family members. Some have ordered a Small and then made pillows.

Your Recruits will have the first opportunity to order apparel imprinted with their unique Divisional Flag design allowing them to capture this valuable memory that will follow them throughout their Navy career. Family and friends can stop by after graduation at building 1326 to purchase additional apparel. The MWR does not accept personal checks as payment; all payments must be made with cash or credit card. Division apparel will be available for purchase on the web store at https://myffr.navyaims.com/wbwsc/nrmwgrlkrec.wsc/wbsplash.html?ccode=TSHRT approximately three business days after a division’s Pass In Review (PIR) date, and will remain available for purchase online for approximately six months from that date. Contact MWR Great Lakes directly at 847-688-5966, if the PIR is from an earlier date.

The process now is for the recruits to pay for the photo package, Division photos, Keel, and DVD, either with a debit/credit card or a money order made payable to the NEX when they pick them up a few days before PIR OR loved ones and Sailors can go to the Photo Lab at the NEX and pay for them and pick them up on the day of PIR. If your recruit pays for them when ordering them, s/he may have them mailed to you and you may receive the photos and frames prior to PIR. The NEX does not accept personal checks as payment; all payments must be made with cash or credit card.

The Keel – the “yearbook” for your Sailor’s recruit division, sometimes called the Cruise book – includes photos of your Sailor's recruit division and brother division if there was one within a black and white section at the back. There are colored photos to remind your Sailor of things that happened while at RTC. The Keel is only available for purchase during boot camp, on the day of PIR, and during that weekend. They only print up the exact quantity that is ordered and prepaid so you will not be able to order it after PIR weekend. The Keel is included free with Photo Package A or it can be purchased separately for $29. The Keel is mailed about 12 or 13 weeks after PIR – the recruit indicates the address it is mailed to. You cannot order The Keel over the phone. You must do that in person at the NEX the weekend of PIR if your Sailor did not order one. The Keel is included free with package A if ordered on the day of PIR.

If your recruit did not order the DVD of PIR, then go over to the Photo Lab at the NEX on the day of PIR, and you can still get it. The DVD is mailed about 6 to 8 weeks after PIR – the recruit indicates the address it is mailed to. Some, but not all, have been successful in ordering a DVD up to 2 months after PIR by calling the Photo Lab at the NEX. It is best to call within a week of PIR if you want to order one.

Your recruit cannot just buy a few photos, s/he must order a package to receive any photos at all. However, The Keel and/or DVD of PIR can be ordered without ordering photos. If you find out that your recruit did not order a photo package, you can still order them on the day of PIR by going to the Photo Lab at the NEX. You can order photos up to a year after PIR, but The Keel must be ordered before the end of PIR weekend and the DVD must be ordered within a week of PIR to be guaranteed to get one.

My Sailor took care of ordering his photo package, The Keel, and DVD, and some nice frames as well, while he was at BC and would not let me reimburse him for it. He said that the pictures and frames were his gift to those who have done so much for him. Other Recruits/Sailors have felt the same way; perhaps the RDC suggested this, but I like to think I have a thoughtful son. If you are planning to pay for the photos, just let your recruit know that you are willing to reimburse him/her for this since that is the easiest way to handle it. You will need to know that the DVD and photo package that includes The Keel is $169 and special Navy frames add to the cost. If you find out that there are not enough photos in the package, you can order more by going over to the Photo Lab at the NEX on the day of PIR or by using the order form within the package when you receive it. Reorders can only be ordered if your recruit ordered a package.

If you are picking up photos at the Photo Lab on the day of PIR, expect long lines. Go straight to the back wall after entering the doors. Double check that the photos within the package are those of your Sailor before you leave the area. After getting the photos, you will get in another line that will lead to another room where you can order additional photos, frames, and coins if you wish and pay.

You can contact the Photo Lab at Great Lakes at 847-578-6205, but do not call them until after PIR. While your recruit is at RTC, contact him/her to see if s/he ordered pictures and let him/her know what you would like him/her to order.

After 12 months the image will no longer be available for reorders.

NO REFUNDS OR EXCHANGE ON PORTRAIT ORDERS!

Cash, Money Order payable to NEX, or Credit Cards Only for payments made at the NEX on PIR weekend

****Navy Exchange reserves the right to change pricing without Notice****

Livestream and Online viewing of PIR.

RTC will stream PIR live at http://navylive.dodlive.mil/ beginning at 8:45 am CST on the day of PIR for those who are unable to attend in person. Once PIR has passed, you may be able to see the video at https://www.dvidshub.net/tags/video/navy-boot-camp-graduation. If there was a problem with the livestream on the day of PIR, then there will not be a video at that site.

Posted by lemonelephant, the mom of a retired Sailor.

You need to be a member of Boot Camp Moms (and loved ones) to add comments!

VintageGal, sorry, I have not seen a place online to see what they are.

Hi! Is there any way of seeing what some of these things look like - like the shadowboxes ornament, mug...? I’m passing the time until the PIR video is released tomorrow :)

StarryNights, I suggest contacting the photo lab at the NEX and they should be able to help.

We received my second sailor’s photos!  He sent us a HUGE package complete with frames and things.  It is amazing...that said, now we need to backtrack and order some extras from our first sailor from December 2019 so they match.  Does anyone know...the “oak frame” and the “oak or black frame”, are those the ones that come with a tiny Navy charm inset in the mat?  I want to buy the same frames my second son sent, so I can have both sons in matching frames.

Hello, so happy to be here! I feel like the saddest mom ever, even though I realize this was a good choice for my son who hated college. I’m just uneasy and already miss him dearly. He just left 9/23/2020. Thank you for this group!

Lemonelephant - thank you!! Will do!! I have those Navy allergies today so that sounds like a great task for me to do right now.

Rachel, you can get it from the MWR.

Can't Make it to Graduation?

A Recruit Care Package is a great way to say “Congratulations” to your recruit upon completion of the Navy’s only boot camp and Pass-In-Review. The care package is filled with commemorative items that will follow your recruit to their next command and is only $19.99 with no other fees and charges. (Visa, MasterCard, American Express & Discover are accepted)  For a full list of care package contents, please visit us on-line at webstore.mwrgl.com (direct link for Recruit Care Pack) or call 847-688-3593. The order deadline is the Friday before your recruit’s graduation date.

Hello ....where do I purchase a recruits care package? Thank you for your help....I'm very new to all this. (Daughter is in week 2 at bc)

is there a phone number to call the weekend of the PIR to order a copy of the Keel?

Amanda0602, some recruits pay when they order them if they are having them sent home or they pay for them when they pick them up a few days before PIR. Some pay after PIR (or have a loved one pay then). They are getting paid and most have enough money on their NEX card to pay for them.

Are you able to order the photos before PIR if you call the NEX?

The prices have been updated and are current.

I would love to know if these prices have been updated too, thank you